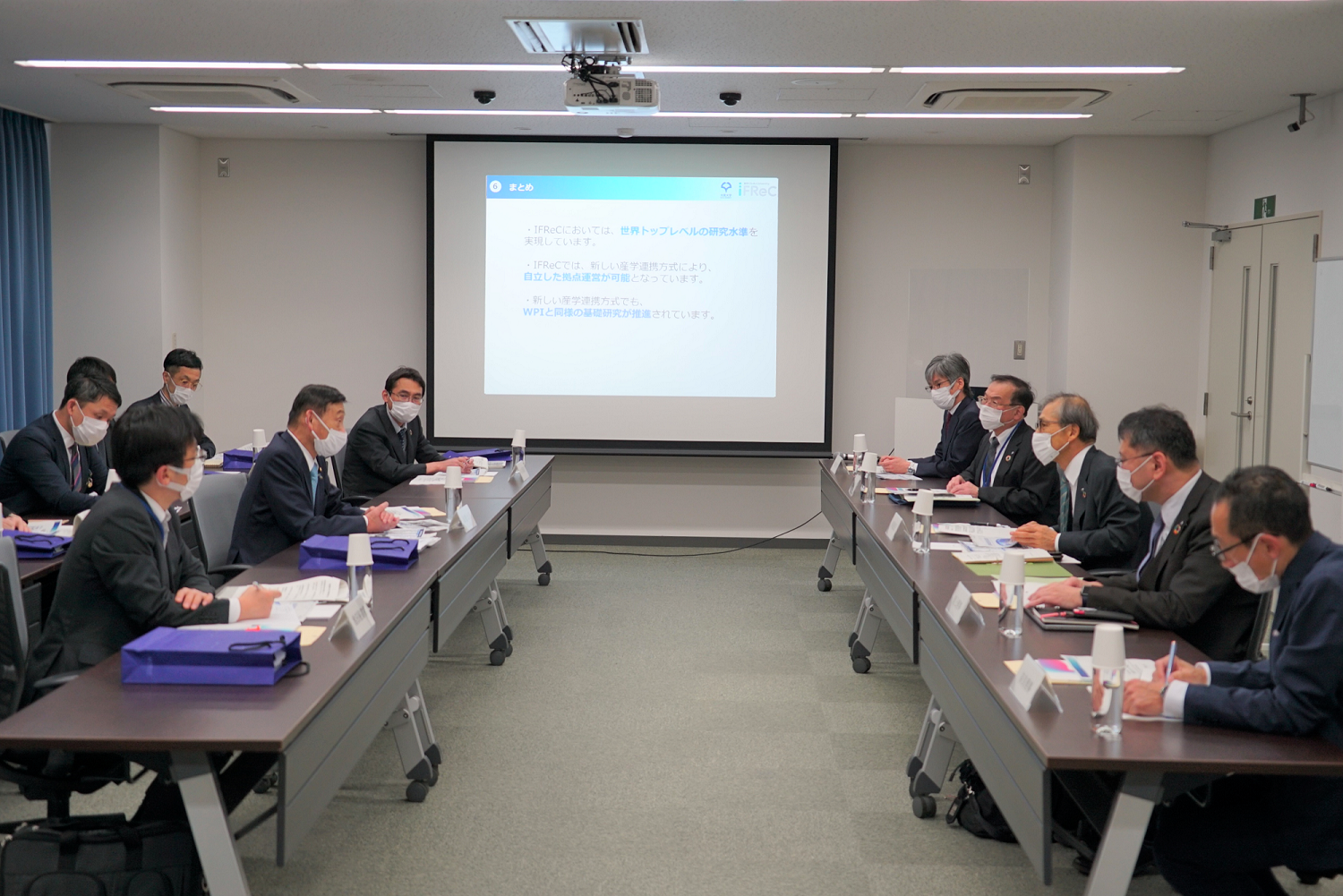 After receiving an explanation about the activity at the Center for Infectious Disease Education and Research (CiDER) and the university’s collaboration with industry from President NISHIO Shojiro and an explanation about co-creation between the Immunology Frontier Research Center (iFReC) and corporations from iFReC Director TAKEDA Kiyoshi, Minister Suematsu and MEXT officials talked with President Nishio. The minister also talked with early-career researchers at iFReC about challenges they were facing.

The party visited the Co-Creative Incubation Center of the Institute for Open and Transdisciplinary Research Initiatives (OTRI), where OU’s COI-NEXT project is being implemented. Director SEKITANI Tsuyoshi of the center spoke about R&D of a Sheet-type Magnetic Sensor System Using Flexible Organic Thin-film Transistors and their practical application in the OU’s COI-NEXT project “Creating a Co-creation Area for Creating Future Intellectual Infrastructure Models.”

At the Center of Medical Innovation and Translational Research, the party talked with Endowed Chair Professor TAMAI Katsuto, a leader the Immunity and Regeneration Integration Unit, and researchers from the university and private companies, and inspected the facilities. 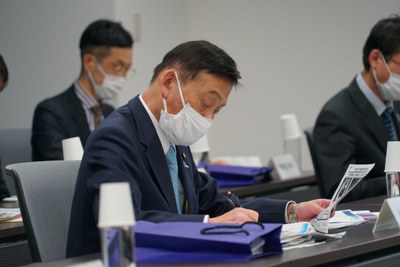 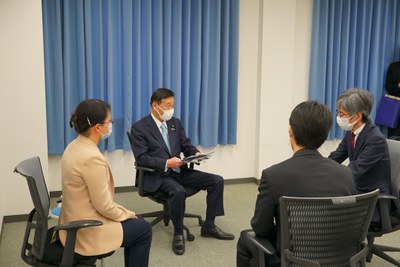 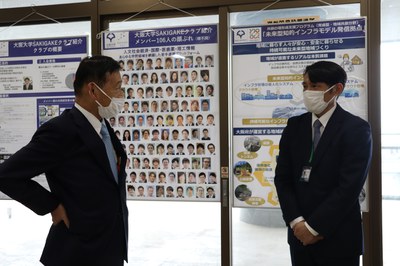 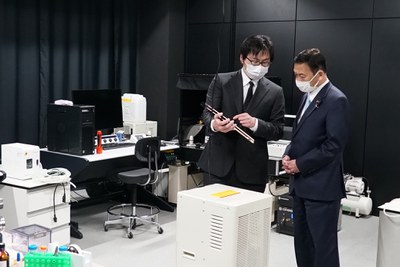