The government set 7 ambitious goals (known as Moonshot Goals) to solve social challenges, such as super-aging populations and global warming, and supports research and development for solving these issues under the Moonshot Research & Development Program.

From Osaka University, two projects were selected for the MILLENNIA Program. The leader of one project is student SAKUMA Hiroshi, and of the leaders of the 21 projects selected, he is the only student.

Project Title: Investigation research on science and technology to overcome the division of human society and achieve harmony 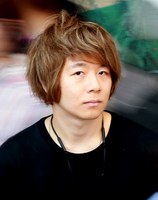 Project Title: Research on the definition, measurement, guidance, and social implementation of ideal mental states based on traditional wisdom

Osaka University researchers participating in Moonshot Goals of the Moonshot Research & Development Program (as of February 26, 2021)

Moonshot Goal 6: Realization of a fault-tolerant universal quantum computer that will revolutionize economy, industry, and security by 2050

Moonshot Goal 1: Realization of a society in which human beings can be free from limitations of body, brain, space, and time by 2050.

Moonshot Goal 2: Realization of ultra-early disease prediction and intervention by 2050.

Moonshot Goal 6: Realization of a fault-tolerant universal quantum computer that will revolutionize economy, industry, and security by 2050.