On November 11, 2020, Osaka University received its second consecutive Gold rating in PRIDE INDEX 2020, an index evaluating corporate initiatives related to LGBT. Osaka University was once again the only university to receive this distinction.

In addition, on September 15, 2020, President Nishio and executives, 22 in total, expressed their will to become Iku-bosses and SOGI allies in order to further raise people’s awareness of gender equality and SOGI inside and outside of the university, making the "Iku-Boss Declaration" & "SOGI Ally Declaration ."

Moving forward, OU community members, including the President, will work together to realize university campuses at which every individual has an active role, while also promoting activity to foster diversity and inclusion in society.

For more details regarding this article, visit the website for the Center for Gender Equality Promotion . (link in Japanese) 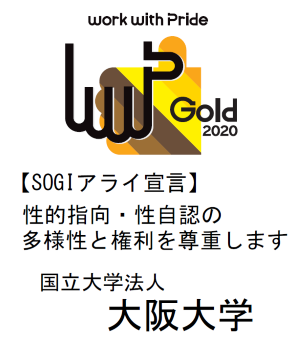 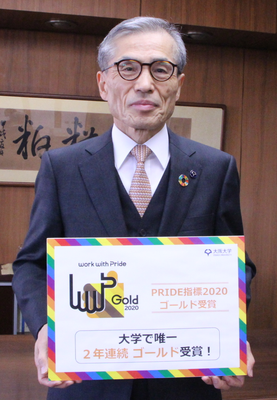