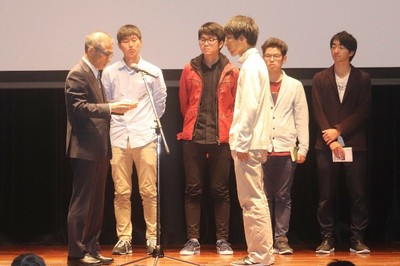 This lecture is held every year and retraces the accomplishments of SHIBA Ryotaro, an author and graduate of the Osaka University of Foreign Studies (now Osaka University). This year marked the 22nd lecture in this series, with some 250 individuals in attendance. The topic for this year's lecture was "Samurais of the Warring States Period."

The lecture began with a reading of one of Dr. Shiba's works, " Kunitori Monogatari ," and following this, President NISHIO Shojiro, as host of the lecture, greeted attendees based on this year's topic. 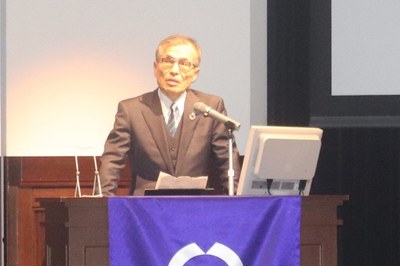 President NISHIO Shojiro greets attendees as host of the lecture

Following this, in part 1 of the lecture, a "BiblioBattle," in which students discussed their selected works by SHIBA Ryotaro, was held. The theme for this year's BiblioBattle was "Samurais of the Warring States Period," and as such, the novels introduced by students were all related to the Meiji Restoration, such as " Natsukusa no Fu " and " Shiro o Toru Hanashi ."  The 5 students (ISHII Takaharu, KOJO Hideki, AIKAWA Daichi, IMASAKA Tomohiko, and YOSHIZAWA Rinsuke) who made it through the preliminary rounds of this BiblioBattle introduced their selected works (novels) and held a Q&A session. The audience was then asked to vote for which novel they would like to read the most, and the votes of the roughly 250 individuals in attendance were tallied to see which student was the winner. 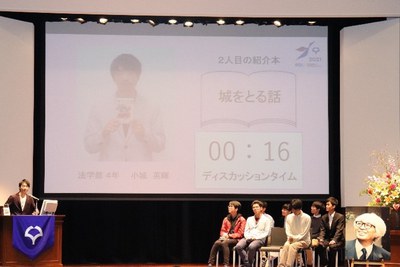 A scene from the BiblioBattle in part 1

In part 2, guest lecturer and novelist Mr. ABE Ryutaro gave a lecture entitled "ODA Nobunaga and the Age of Exploration." In his lecture, Mr. Abe explained the importance of viewing the Warring States period from the viewpoint of the Age of Exploration. In particular, he examined the acceleration of the Warring States period due to the introduction of guns, trade with Spain and Portugal, and the propagation of Christianity, fascinating those in attendance. 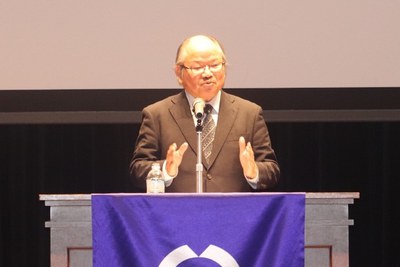 Finally, the results of the BiblioBattle were announced, with YOSHIZAWA Rinsuke (4th year, School of Letters) taking 1st place with his introduction of " Kerori no Doton ," and ISHII Takaharu (1st year, School of Economics) taking 2nd place with his introduction of " Natsukusa no Fu ." At the award ceremony, President Nishio presented the winners with commemorative plaques and Sakuyakai Chairman OHMIZU Isamu presented the supplementary prizes. 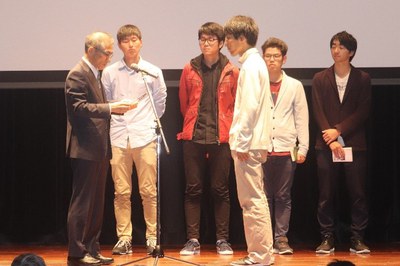 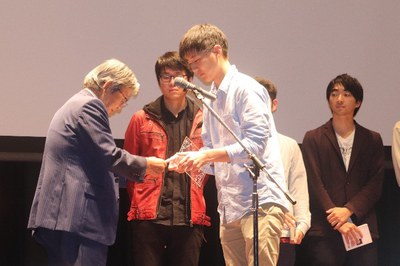