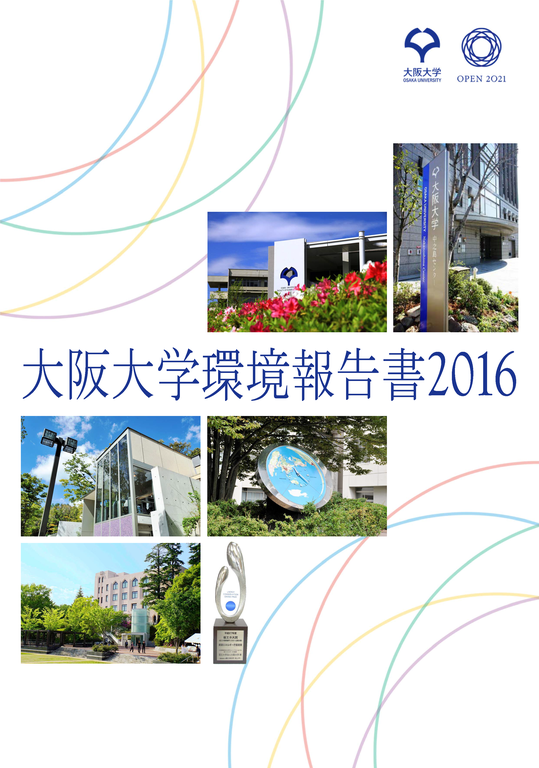 At Osaka University, the Department of Environment and Energy Management was established in 2011 and forms the core of environmental activity at the university. Through the cooperation and efforts of the members of the university, various energy-saving measures that correspond to the diversity of buildings on campus were proposed and implemented, leading to an 18% decrease in energy usage by floor area in the 2014-2015 academic year when compared to the 2010-2011 academic year. As a result of displaying these results at various conventions and competitions, Osaka University was awarded with the "Energy Conservation Grand Prize" (Agency for Natural Resources and Energy Director's Prize). In the 2015-2016 academic year, Osaka University has continued its efforts, achieving a 24% decrease in energy consumption when compared to the 2010-2011 academic year, surpassing the numbers from the previous academic year, and the university takes pride in having fulfilled its obligation to the environment as a corporation.

In this report, you'll find introductions to creative research that contributes to a sustainable society, as well as various activities in cooperation with the local community and various other activities related to the environment. We have also received third-party comments from the Director of the Environment and Wildlife Office, Midori Community Development Department, Minoh City.

• Environmental reports from previous years can be found here .
* This Environmental Report, based on the Eco-Friendly Business Promotion Act, has been published every year since 2006.