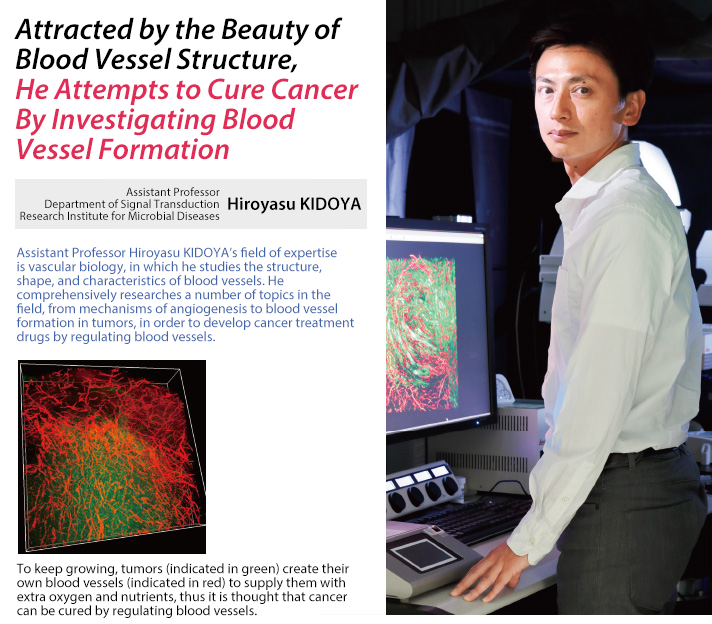 “It’s said that blood vessels in the human body measure some 100,000 km in length (or 2.5 laps around the earth) and can cover the area of 6 tennis courts,” explained Asst. Prof. Kidoya. “The beauty of blood vessel structure” and his "strong desire to know the mechanism behind the beautiful blood vessels” motivate him to research blood vessels.

“The way that blood vessels are made is often compared to tree growth, as new blood vessels branch out during growth just like the branches of a tree.” Blood vessels formed in this way are a net-like structure of blood capillaries immediately after their formation . They develop into arteries and veins through “blood vessel remodeling,” resulting in a structure which eventually runs along nerves. “In other words, some of the capillaries near nerves become arteries and some become veins. The veins are pulled to the arteries, achieving parallel arterial-venous alignment.” Asst. Prof. Kidoya named this movement of blood vessels “vascular bundle invasion,” and is advocating it as a new mechanism of blood vessels formation.

Analysis of “vascular bundle invasion” will lead to the development of new cancer treatment drugs. “There are a lot of blood vessels formed in cancerous tumors, and it’s said that there is a close relationship between cancer growth and blood vessel formation.” Drugs to prevent angiogenesis in tumors has already been developed , but for some reason, the drugs, which are effective in mouse models, have only limited effects in humans. On the cause for this, Asst. Prof. Kidoya explained, “We suspect that this ‘vascular bundle invasion’ is related to blood vessel formation in tumors. Cancer is complicated and varied, but I want to discover the concept for drugs to cure even one type of cancer.” 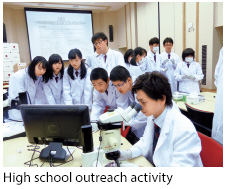 Asst. Prof. Kidoya is also hard at word in efforts for outreach to high school students so that they can see the fun of science. “The student are very impressed when they see vascular structure through a microscope. Just as the beauty of living tissue that I observed through a microscope made me interested in science, I hope that more junior and senior high school students will become interested in biology and aspire to become researchers in the future,” he said with a smile.

A 2004 graduate of the Graduate School of Natural Science and Technology (Cancer Research Institute), Kanazawa University, Asst. Prof. Kidoya obtained his doctorate degree in Medicine from the Graduate School of Medicine, Osaka University in 2008. After serving as a Japan Society for the Promotion of Science (JSPS) Special Researcher (PD) at the Research Institute for Microbial Diseases, Osaka University, he became Assistant Professor at the same institute in 2009. He has received various prizes as a young researcher from academic societies, including the Japan Prize Research Grant in 2015. 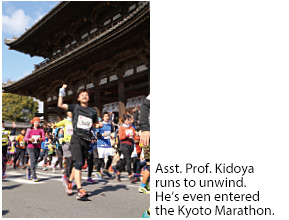