3. The Contributions of Koan 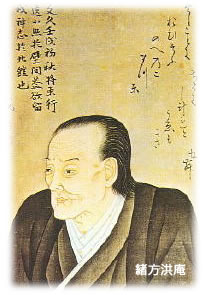 OGATA Koan was respected as a doctor of Western medicine and as a leading figure in the introduction of Western culture in the late Edo Period. He translated many Dutch books introducing the latest medical knowledge and also wrote many of his own books. Among his books, the translation and publication of Fushikeiken-ikun (roughly, Dr. Hufeland’s Medical Advice) (in 30 volumes) was the culmination of his lifework. This was a translation of the volumes on internal medicine written by the German doctor Hufeland that had been translated into Dutch. These translated volumes contributed greatly to the growth of internal medicine of Japan. Especially the Summary of Commandments for Health Professionals in the final volume, translated and organized into 12 commandments, is famous as a summary of Hufeland’s thinking. The first commandment says, “The essence of the medical profession is to live life not for oneself but for others.” This was of primary importance for the education at Tekijuku and the book is highly regarded as a medical ethics text even today.

Pathology, which in those days dealt with matters that now seem as common sense, was just emerging as a science in Western countries and, thus, it was difficult for people in Japan to understand. In order to introduce and explain pathology, Koan wrote Byogaku-tsuron [Introduction to Pathology]. This book was widely read by many Japanese and is known as a great text of those days.

One of Koan’s achievements was the establishment of Joto-kan. In those days, small pox was a deadly disease causing many deaths. In 1796, an English scientist Jenner developed a smallpox vaccine and, in 1849, this vaccine was brought to Japan. In the same year, Koan, together with doctors HINO Katsumin and YAMATOYA Kihee built Shuto-sho (later renamed Joto-kan) in Dosho-machi, Osaka. Eleven years later, the institution was transferred to the premises of the current Ogata Hospital, south of Tekijuku. Beginning with Joto-kan, many vaccination facilities were established throughout western Japan in order to prevent the spread of smallpox. The World Health Organization (WHO) announced the eradication of smallpox in 1979. 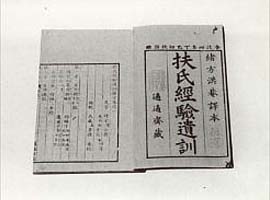 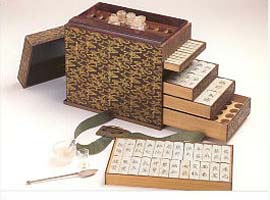