On Thursday, June 27, 2019, a talk session about Osaka University’s vision for the future was held between President NISHIO Shojiro and OU students at the Toyonaka Welfare Center.

At the talk session, in addition to 28 students who had previously submitted proposals and President Nishio, Executive Vice President KOBAYASHI Tadashi, Graduate School of Engineering Dean TANAKA Toshihiro, and Center for Education in Liberal Arts and Sciences Director FUJIMOTO Kouzou were also in attendance. OU Vice President (for student life) and Chair of the Student Life Committee KURIMOTO Eisei served as MC for the talk session, with attendees discussing the topic over the course of two hours. A number of passionate proposals were received from students, making for a lively talk session.

Reflecting on the Student Talk Session – A Message from President Nishio

Ever since I took the position of President of Osaka University in August 2015, I wanted to have the opportunity to talk directly with students. In the past, I’ve had a number of opportunities to speak with students, such as students in the Program for Leading Graduate Schools and students who were awarded for their outstanding extracurricular achievements. I enjoyed talking with students and also learned from them to no small extent.

However, the “Talk Session with the President” that was held on the Toyonaka Campus on June 27 was a whole new experience for me. In this session, I had the opportunity to have a deep discussion with 28 students from various undergraduate schools on the current state of Osaka University and its vision for the future, a broad topic that relates to each and every member of the university. I want to extend my deepest gratitude to all of the students who participated in this session for their thoughtful proposals and remarks.

All 28 proposals given at the talk session were quite convincing. As the President of OU, I was thrilled to experience not only the passion that you all have for the university, but also your outstanding ability to express yourselves and make presentations to convey those thoughts and feelings. At the same time, I also recognized that there was a perception gap between the university’s management and students depending on the issue. Recognizing this perception gap is vital, I reaffirmed the importance of this kind of direct discussion.

I would like to continue holding these “Talk Sessions with the President” in the future. I sincerely hope that all students who studied at Osaka University will be proud of having studied here. For that purpose, it is not enough for faculty and staff members to listen to the voices of the students; the students themselves need to actively participate in efforts to make OU into an even more outstanding and comfortable university. I hope, in addition to these 28 students, that all students will join in our endeavor.

Proposals from students can be found here. (internal use only) 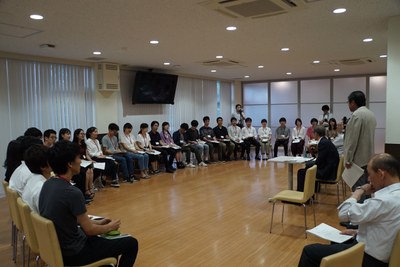 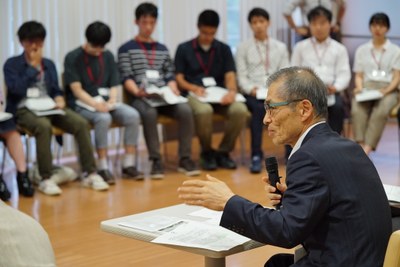 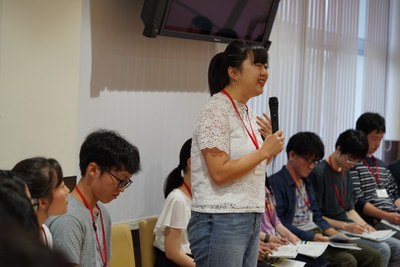 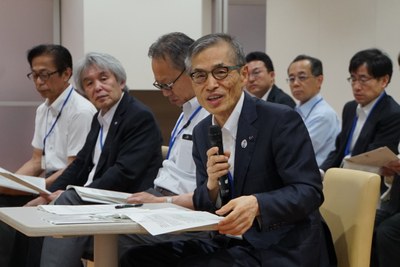 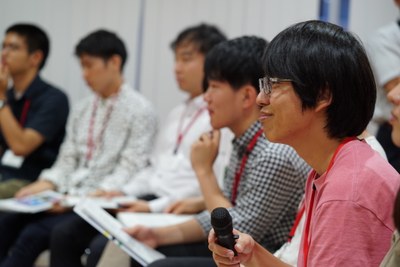